Boston criminal lawyer Lefteris K. Travayiakis has extensive experience in defending people arrested and charged with misdemeanor or felony crimes throughout Massachusetts. For his courtroom successes, Attorney Travayiakis was recognized by Massachusetts Lawyers Weekly in 2010 and was highlighted in its Excellence in the Law Edition as one of Top 20 Up & Coming Lawyers and a "Rising Star."

If you have been charged with a crime in Massachusetts or even just under investigation, you only want the best lawyer on your side to defend the charges levied against you. Every criminal defendant deserves the highest quality of legal representation from an experienced advocate who knows the law and is an aggressive and powerful trial attorney – someone who is not afraid to stand up and fight for your rights and who will not back down to prosecutors or judges. Lefteris K. Travayiakis understands that your liberty and reputation is paramount. His track record of obtaining not only acquittals in jury trials but also dismissals and reduced charges, including prevailing in cases that may not appear "trial worthy," speaks for itself as clear evidence of his successes in the courtroom and persuasiveness before a jury.

When someone is charged with a crime, prosecutors must prove each and every element of the charged offense "beyond a reasonable doubt." This is the highest burden of proof of any legal system in the entire world. "Proof beyond a reasonable doubt" means that the jury must be persuaded, to an "abiding conviction" and have a "moral certainty" that the charge is true. Oftentimes, even seemingly hopeless cases and overwhelming evidence can't be proven "beyond a reasonable doubt" because there might be some evidence, some issue, that puts that "reasonable doubt" before the jury. Demonstrating reasonable doubt to a jury and illustrating the inadequacy of the government's case against you is a combination of many, many factors working together: a thorough investigation; preparation; knowledge of the law; a clear understanding of the contested issues; and ultimately having a skilled litigator on your side to be able to persuade a jury and illustrate the flaws in the prosecutor's case. Attorney Lefteris Travayiakis strongly believes in his courtroom advocacy and obtaining an acquittal, often telling colleagues: "just give me something to argue in my closing argument!"

Massachusetts has one of the harshest drunk driving laws in the country. A person may be charged with operating under the influence (OUI) or driving under the influence (DUI) of alcohol or drugs while he or she has a blood alcohol level of 0.08% or higher and/or if their consumption of drugs and/or alcohol has impaired their ability to operate a motor vehicle safely. It is important to note that it is not a crime to drink and drive - it is only a crime to drive when your consumption of alcohol or drugs has caused you to be impaired to the level that you are not able to operate the vehicle in a safe manner. Each OUI / DUI case is different and the chances of success in your defense are very fact specific. Some of the factors that are sometimes seen in operating under the influence cases include speeding and marked lanes violations; whether an accident occurred; field sobriety tests; and alcohol breath tests. Often times, drunk driving charges arise from typical motor vehicle stops, for instance for speeding violations, and upon interaction with the driver the operator "smelled an odor of alcohol" or "observed the operator to be thick tongued and have slurred speech and glassy eyes". Even where several of those factors might be alleged in your driving under the influence case, you may still have a very good defense available to you. An experienced OUI/DUI lawyer such as Lefteris K. Travayiakis will be able to evaluate your case and give your defense the best chance to succeed at trial.

Sex crimes, such as rape and indecent assault and battery, particularly those involving minors, are often considered especially egregious. Any persons charged with sex crimes in Massachusetts will face severe penalties if convicted, including imprisonment, probation, and mandatory sex offender registration. Although many sex crimes allegations involve direct evidence such as DNA, many other sexual assault cases rely solely on circumstantial evidence and/or the testimony of the alleged victim alone. Whether your defense is that the alleged sexual activity never occurred or that the alleged victim consented, an experienced Boston criminal defense lawyer who knows how to handle such evidence and attack the credibility of the alleged victim's allegations is critical to your defense.

Violent crimes are not just limited to crimes such as murder, armed assault to murder, or assault and battery with a dangerous weapon where the victim suffers physical harm. They may also include kidnapping, assault and threats where the law doesn't require the prosecutor to prove that any bodily injury occurred. In many of these cases, there are often a wide variety of issues and defense to explore, including if there is an alibi or if the person was justified in his conduct because he was acting in self-defense. Additionally, "identification" is often in issue that is litigated, because it is not enough that the prosecutor prove that a murder or an assault occurred. The Commonwealth of Massachusetts must also prove the identification of the defendant as the person who committed the crime by proof beyond a reasonable doubt.

There are many crimes that can arise out of the use of a motor vehicle, ranging from relatively minor traffic violations to felony offenses, such as negligent operation or reckless driving, leaving the scene of an accident, or receiving a stolen motor vehicle. In most cases involving motor vehicle crimes, the prosecutor must prove beyond a reasonable doubt that you were operating the vehicle at the time of the commission of the alleged crime. Thus, if there is insufficient evidence to show that you were operating the vehicle, Boston criminal lawyer Lefteris Travayiakis may be able to defeat the charges against you. Additionally, there are procedural requirements with which a police officer must comply in investigating many crimes involving the use of a motor vehicle, and a failure to do so may result in the dismissal of the charges.

If the police find illicit drugs on your person, in your home or car, you may be charged with a variety of drug crimes, such as possession of a controlled substance, distribution of a controlled substance, or depending on the "weight", with drug trafficking. One of the key area to examine in any Massachusetts drug crime case is whether the police were lawfully in a position to view or search and seize the contraband. Sometimes searches and seizures arise from a typical traffic stop, or they are a product of police drug surveillance, or were the product of a search warrant. Regardless, the validity of the search and seizure and the information relied upon by law enforcement should be carefully examined to determine if your constitutional rights were violated. If the search and seizure was found unconstitutional under the 4th Amendment to the United States Constitution and Article 12 of the Massachusetts Declaration of Rights, the drugs found during the search may be excluded and thrown out of your case.

Massachusetts has very strict gun control laws that prohibit many people from owning or possessing guns, and prosecutors litigate gun crimes very aggressively. For example, people convicted of felonies or the unlawful possession or use of drugs, or people who were confined to a hospital or institution due to mental illness, are barred from possessing firearms. Most people are prohibited from possessing certain types of guns, such as sawed-off shotguns and machine guns, as well. Additionally, even people who are lawfully permitted to own guns may be charged with gun crimes if they fail to properly store their guns or ammunition or carry guns into places where guns are not permitted. Gun crimes carry very serious penalties, including mandatory-minimum sentences, so you should promptly consult a criminal lawyer in the Boston area if you have been charged.

Under Massachusetts law, any crime involving the abuse of a person by a member of the person’s family or household may constitute domestic violence. Household and family members include people who are or were married, people who used to live together or who live together currently, and people who have a child together. It also includes people in a significant dating relationship and people related by marriage or blood. Abuse covers not only physical harm, but also attempted harm and threats of harm. Domestic violence crimes differ from other crimes in that, a conviction of a domestic violence crime may undermine your right to custody of a shared child and result in civil penalties.

If you have been charged with a crime, you should speak with a trusted attorney regarding your rights under the law and your potential defenses. Lefteris K. Travayiakis is available to assist those in need of a criminal defense attorney across Massachusetts, whether in the Boston area or elsewhere in Suffolk, Middlesex, Norfolk, Plymouth, Worcester, Bristol, Essex, and Hampden Counties. You can contact Attorney Lefteris Travayiakis at 617-325-9500 or through the online form for a free consultation. 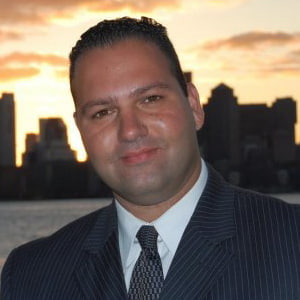